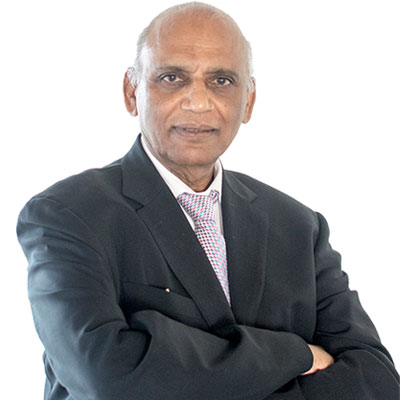 Medicine is a true calling for many people and Dr. A. C. Rao, the owner of Spartan Health Sciences University, is a shining example of a person who has had an amazing journey in helping others.

Dr. Rao first came to the United States in 1966 as a young man with an MBBS and just five dollars in his pocket. He landed in New York and began working at what is now known as New York Queens Hospital in a surgical intern for a year, followed by five years of residency at Wyckoff Heights Hospital in Brooklyn.
Just two months before finishing his residency in 1972, Dr. Rao’s boss, Dr. Philip Zeller, appointed him as Assistant Director of the Surgery Department. By 1988, Dr. Rao was the Chairman of the Surgery Department and remained in this position until 2010. In this position, Dr. Rao was responsible for education and departmental activities. He was also a Trustee of the Hospital, focusing on treating all people equally and striving to provide the best medical services possible.
Dr. Rao worked in a relatively low-income area of Brooklyn known as Bushwick. He never asked for money from his patients and offered quality health care to all who came to his practice. With the largest private surgical practice at the time, Dr. Rao has had experience in supervising other doctors, including former residents. He was rated as a top surgeon in the United States by Castle and Connelly until his retirement from his surgical practice.
Dr. Rao has held memberships in the Brooklyn Surgical Society, where he was President, as well being an Executive Member of the American College of Surgeons. He has been an Associate Clinical Professor at NYCOM and other medical schools in the United States. Dr. Rao is a published author of several medical and scientific papers, and this drives his passion in assisting students at Spartan Health Sciences University to focus on research and professional publications.

Dr. Rao has experienced the challenges of obtaining a top medical education. He came from a middle-class family, and his mother could not read or write. His father only had a limited college education. Dr. Rao himself has overcome a diagnosis of dyslexia, and he believes other students, with a commitment to hard work and focus, can do the same.
Dr. Rao believes in giving students chances, but also in the commitment of the students to work hard and to earn their place in the program. With his team of highly experienced preclinical staff, all with US medical school experience, students are given the support and education needed at Spartan Health Sciences University to find their place as doctors at top hospitals in countries around the world.
Dr. William R. Ayers is the president of Spartan Health Science University, and Dean Emeritus/Professor of Medicine Emeritus at the Georgetown University School of Medicine, in Washington DC, and a recipient of the prestigious MAGIS Award and Medal of Excellence (Surgery).

Dr. Ayers has also been Former examiner of Medical Colleges in USA for ECFMG commission.

Whether you have Qualified NEET or not, We can Help you Become a Successful Doctor